Wow, what a year — what an unbelievable year! 2017 marked one of the most memorable years in recent memory in terms of the real estate market in London and surrounding area. Homes were selling fast, demand was insatiable, and prices soared in what was one of the most active and frenzied markets in London’s history.

As compared to recent “booming” years, a unique aspect of the 2017 market was the outright demand that existed in the previously-owned residential market. Most homes were sold within a week of being listed — with many sellers having the luxury of choosing between a wealth of offers. Many offers were accepted by sellers for well above the original asking price — which is something London has not seen for quite some time. The 2017 market will likely be remembered as one of the most seller-friendly markets we’ve ever experienced.

While the 2017 market was generally quite favourable for most sellers, the same can’t be said for buyers. Many homebuyers found themselves in situations where they were just one of dozens of offers on a home — making the likelihood of an accepted deal very slim. The huge demand for homes in the London area had the effect of creating one-sided negotiations between the seller and multiple buyers.

Looking back on 2017, the overall numbers appear to be terrific and, as a whole, most deals, from a legal point of view, closed without any material or significant issues. That said, there were a few trends that started to appear early on in the year. These trends became indicative of potential deal-breaking issues for previously-owned residential transactions. Three of the more prevalent trends were:

If you were in the market to buy a previously-owned residential home (specifically one that was more than five years old) and you decided to waive a home inspection, you were likely surprised (generally not in a good way) with the physical state of the home on the closing date.

Home inspections serve a vital purpose to previously-owned residential transactions. All the minor bumps and bruises of a home should be known prior to closing — even if fixing them will ultimately end up being the buyer’s responsibility.

As a result of the frenzied market, many buyers waived their right to an inspection as a means to separate their offer from the rest. While the waiver of an inspection proved a useful negotiation tactic, it also left many homebuyers in a panic after their final walkthrough of the property mere days, or even hours, before the closing. Without the ability to conduct a proper inspection, there was an overall disconnect between the parties’ information and expectations regarding the physical state of the property on closing. This disconnect in information made some closings very difficult.

Many homebuyers learned the hard way that bidding over asking price and not including a financing condition, if you only have a bank’s “pre-approval” for a specific mortgage amount, is extremely risky. The so-called “pre-approved” amounts for a mortgage were all still dependent upon a favourable appraisal of the property.

Due to the relative speed of 2017’s price surge, many buyers were left looking for alternative sources of funding when their mortgage appraisal came in between $40,000-$50,000 below the purchase price for their home — ultimately reducing their final mortgage amounts well below their pre-approved amounts.

As with home inspections, if the buyers had negotiated a proper financing condition into their respective agreements, they could have simply walked away from the deal once the unfavourable appraisal was conducted. Without the financing condition, many buyers found themselves stuck in a firm deal that they were likely never going to have the funds to be able to close.

This final point isn’t necessarily relevant only to 2017’s market, however, the significant increase in volume of closings over the year made it much easier to spot the risks for individuals who chose to schedule two closings (i.e. a sale and a purchase) for the same day.

Essentially, if you wanted to roll the dice and schedule both your purchase and your sale to close on the same day, it was kind of like rolling a set of dice and hoping for a 12. There is only one way to roll a 12 with two dice and 35 other possibilities that won’t give you the result you want. While it was possible, there were a multitude of outside factors and possibilities that either prohibited or unduly delayed the transactions from closing.

Interest rates remain fairly modest (for the time being), so a much more sensible solution to a two-closing dilemma is bridge financing. Even if it is only for one day, setting up a bridge loan to ensure that funds will be available to close a purchase can greatly reduce the stress and anxiety of the closing process for individuals who are both buying and selling in short succession.

2017 was really quite the year. Moving forward, we need to be more mindful of some of the issues that will inevitably arise during a market “boom” which mainly favours sellers. No one knows what 2018 will bring, but we can certainly learn from the events of the previous year.

For more information about the legal aspects of the home buying and selling process, contact the experts at Brown Beattie O’Donovan. We’ll be happy to help you.

Van Asseldonk, Joseph A.
Joe is an associate in our corporate/commercial and real estate groups. His practice is focused on corporate and commercial transactions, commercial real estate, bank financing, mortgages, real estate development, as well as wills and estates. Learn more about Joesph
Recommended Posts

Recent Posts
Connect With Us
Search Our Site
Since 1950

Providing successful legal advice and representation in London and South Western Ontario for over 60 years.

The World Health Organization has now declared that the spread of Coronavirus (COVID-19) has reached pandemic level. Our federal and provincial governments, as well as public health agencies, are responding, and implementing restrictions in order to “flatten the curve” to help control the spread of the virus.

We are continuing to monitor and assess appropriate responses to the COVID-19 virus. We wanted to send a message updating you on the measures that we are taking at this time and want to assure you that here at BBO, we put your interests first. Foremost, we are focused on the health and safety of our employees, clients and neighbors. We have adjusted our regular operations due to the health threat and government instructions. Second, we are committed to our client service and we have put in place processes to continue meeting your needs.

Please be assured we will continue working on your files to the extent we are able and reporting to you, we continue to work with opposing counsel and the Courts.

Many of you will be directly impacted as trials, pre-trials, discoveries etc are cancelled, we will work with you, the courts and service providers to reschedule as soon as we are able.

We thank you for your patience and understanding during this time.

If you are unsure of the correct email address – please send to bboinfo@bbo.on.ca 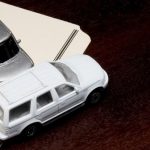 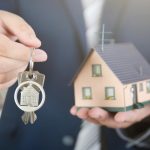