Navigating through the court system can be very intimidating and costly. In an effort to ensure that resolutions of disputes are more accessible and affordable to Ontarians, the Small Claims Court has increased the monetary limit for claims from $25,000 to $35,000 as of January 1, 2020. This increase attempts to eliminate the need to issue claims in the Superior Court of Justice, where litigation can be costly and can take years to resolve.

The goal of the increased claim limit by the Ontario government is to facilitate better access to justice for individuals and businesses requiring dispute resolution. It provides Ontarians with access to a faster, easier, and more affordable way to resolve issues in the presence of a judge.

One of the procedures in place to reduce wait times in the courtrooms is a mandatory settlement conference.

Once a claim is issued and a defence has been served and filed in the Small Claims Court, the court will send each named party a Notice of Settlement Conference.

The deputy judge will guide each party by focusing on the important issues and will encourage parties to come to a resolution in an attempt to avoid additional costs and stresses that may arise should the matter proceed to trial. The discussions during the settlement conference are strictly confidential and cannot be used at trial.

Though there is no requirement to settle at the conference, the process allows parties to speak to a deputy judge who will provide guidance and an opinion with respect to the likelihood of success if the matter should proceed to trial. Because of the changes to the monetary limits for claims and the encouragement towards reconciliation, matters are often resolved in less than a year thereby facilitating access to the justice system in a more timely and affordable manner.

If you have questions about the Small Claims Court process, please contact the legal experts at Brown Beattie O’Donovan. 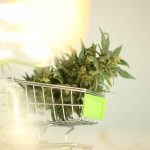 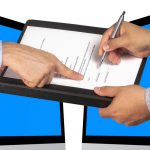