The most wonderful time of the year will soon be upon us! When planning your holiday event, in addition to your guest list, decorations, and food, planning to keep your guests and others on the road safe if alcohol will be consumed may be a top consideration. This brings up the notion of social host liability.

Social host liability — whether someone who hosts a gathering where alcohol is consumed could be held responsible for injuries caused by a guest — is a rather unclear area of law in Canada.

The leading case on social host liability, Childs v Desormeaux, is a Supreme Court of Canada decision in which the social hosts held a BYOB gathering and served 3/4 of a bottle of champagne in small glasses at midnight.

After driving away from the gathering, one of their guests was in a motor vehicle accident wherein the plaintiff suffered personal injuries. The trial judge found that when their guest left their home, the hosts did not know or ought to have known that their guest was inebriated.

The Supreme Court held that “…hosting a party at which alcohol is served does not, without more, establish the degree of proximity required to give rise to a duty of care on the hosts to third-party highway users who may be injured by an intoxicated guest.”

Although the hosts in this decision were found not liable for the injuries sustained by the third party, the phrase “without more” leaves it open that there could be a set of facts upon which social hosts could be found liable for personal injuries caused by an inebriated guest.

When Could Social Hosts Be Found Liable?

For a lawsuit to succeed against a social host, more needs to be established than merely the gathering and consumption of alcohol.

Given that these cases tend to involve allegations of a failure of the host to act (e.g. failing to prevent the guest from driving drunk), an investigation of liability would likely come down to whether the social host could be found to have had a positive duty to act in the circumstances.

The Court in Childs found that a positive duty to act could arise if the risk of harm is foreseeable, for example, if the host knew or ought to have known that the guest was intoxicated, and if other aspects of the relationship between the parties establish the necessary proximity.

Three potential situations where the necessary proximity may exist are:

While there is case law holding that social hosts do not generally owe a duty to third parties who are injured by inebriated guests merely by virtue of holding a party where alcohol is consumed, whether “more” will exist to create a duty in the particular situation will likely depend on the facts and the relationship between the parties.

If you are hosting a social gathering where alcohol will be consumed, you may want to consider the following tips:

The team at Brown Beattie O’Donovan wishes everyone a safe and happy holiday season. If you have any questions about social host liability, or other liability concerns, contact the experts at BBO. 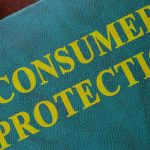 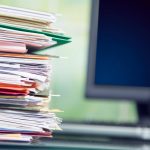