Construction Legislation Changes: What You Need To Know

The Act is expected to receive Royal Proclamation in early 2018. The major changes to the Ontario construction law regime will not therefore come into force until proclamation is received.

The core aspects of the new legislation include modernizing the lien/holdback regime, introducing a prompt payment regime, and introducing an adjudication mechanism. A few important details are as follows:

The legislation is more complicated and intricate than the simplified excerpts included above. The amendments are substantial and will impact construction projects and lien rights throughout the province.

Contact one of Brown Beattie O’Donovan’s construction lawyers today to find out more about the changes to the construction legislation and how it will directly impact you and your company. 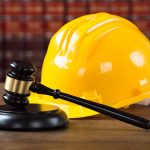